Phare, The Cambodian Circus under the BigTop in Siem Reap

Trevor kicks this episode off by suggesting that most times when people travel, they know the key sites they’re going to seek out and experience but are often surprised by what else they discover. In the case of visiting Siem Reap in Cambodia, most everyone’s there to see the temples of Angkor but some discover something entirely unexpected: Phare, The Cambodian Circus.

Scott believes that, once in a while, ingenious people come up with something completely new, introduce it to an area, and that can become a new attraction. Think Cirque du Soleil in Las Vegas – an entertainment show that’s nearly become as popular as gambling. Scott explains how Phare, The Cambodian Circus has put a new attraction on the map in an area that people are going typically only to see temples. Scott describes Phare as a group of Cambodian performers using theater, music, dance, and modern circus arts to tell uniquely Cambodian stories.

Trevor and Scott then discuss how, during a devastating 20th Century civil war, the repressive Khmer Rouge attempted to wipe out the masters of Cambodian artistic trades. They also explain how visitors to Cambodia nowadays will realize that Cambodian artistic culture has been undergoing a revival inspired by the ancient arts: modern-day apsara dancers, carvings of whom grace the temple of Angkor by the thousands, perform shows at restaurants around Siem Reap and social enterprises such as Artisans D’Angkor train underprivileged Cambodians in various artisan crafts, such as wood and stone carving. 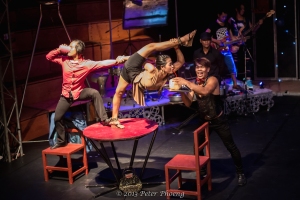 While some may think circus seems out of place in Cambodia, Trevor explains that, while researching the National Geographic Cambodia guidebook, he learned that Seak Boran (traditional Khmer circus) dates back to pre-Angkorian Cambodia and appears to have been practiced through the height of the civilization. Evidence of this tradition includes bas-relief carvings depicting jugglers, acrobats, illusionists, and sword swallowers at Angkor’s Bayon, Elephant Terrace, and Angkor Wat, and that, while professional circus techniques were lost over the centuries, Pahi, or traveling medicine men, continue to roam the countryside, selling medicinal elixirs and performing magic tricks, such as snake charming, occasionally with the assistance of trained monkeys.

Scott and Trevor then give a quick intro to todays topic Seak Samai (modern Khmer circus), which is performed in both Battambang and Siem Reap beneath genuine big-top tents, courtesy of Phare, which trains disadvantaged Khmer children in various arts in addition to circus. Scott explains how Phare has its roots in the refugee camps along the Thai border during the Khmer Rouge era and today is not only empowering youth and creating jobs but also restoring Khmer art and culture. He then explains the three complementary social missions of Phare Performing Social Enterprise: Providing gainful employment to Cambodian youth from difficult social and economic backgrounds, financially sustaining its parent organization Phare Ponleu Selpak NGO school in Batdambang, and supporting the rebirth of Cambodian modern art.

Listen to Episode 12 on SoundCloud Now! 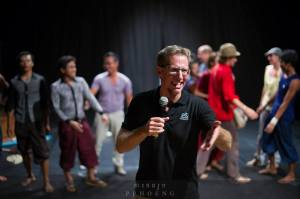 Our guest Craig Dodge, Director of Sales & Marketing for Phare, The Cambodian Circus, gives Scott and Trevor a bit of background, discussing where he’s originally from and how he became involved with Phare. He then gives a quick overview of what Phare is for those who might have no mental picture of what a Cambodian circus would be like.

Scott prompts Craig to give a history of Phare Circus’ mother organization, Phare Ponleu Selpak, and Craig explains how the whole program got started in the refugee camps of the Khmer Rouge era and how it ended up facilitating arts and eventually training circus performers. Craig explains how and why the organization based in Battambang chose to set up shop in Siem Reap as well as how the experience in Battambang is different from the one in Siem Reap. He explains how the Siem Reap Big Top features some of the more qualified, professional circus performers while the school in Battambang is involved in training underprivileged children not only in circus arts but also in a range of other arts. Craig also explains how the visitor experience is different at each venue.

Scott, Trevor, and Craig then discuss a bit of history and the conversation covers the circus routines. Craig fields a question from Trevor regarding the performances, including whether they feature any classical circus routines, are more traditional western-style circus acts, are something original, or are a combination of the three? Craig talks a bit about social Eenterprises in Cambodia, including Cambodian Living Arts. 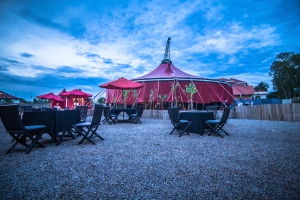 Craig then talks about the students at Phare, including what motivates them to join the school and why they choose to make a career out of circus arts.  The subject then turns back to the founders but also covers the choreography of the performances. Scott then asks Craig about the reception of the circus from both the public and the community and Craig includes in his reply an explanation of the benefits of attending a Phare performance.

Craig talks a bit about the future for Phare, including the organizations current crowd-funding campaign, which reminds Scott to ask about how the idea for a circus got started in the first place. Craig then tells listeners a bit more about when they can expect to experience when attending a Phare show in Siem Reap (and Battambang) and how people can learn more about Phare, The Cambodian Circus. 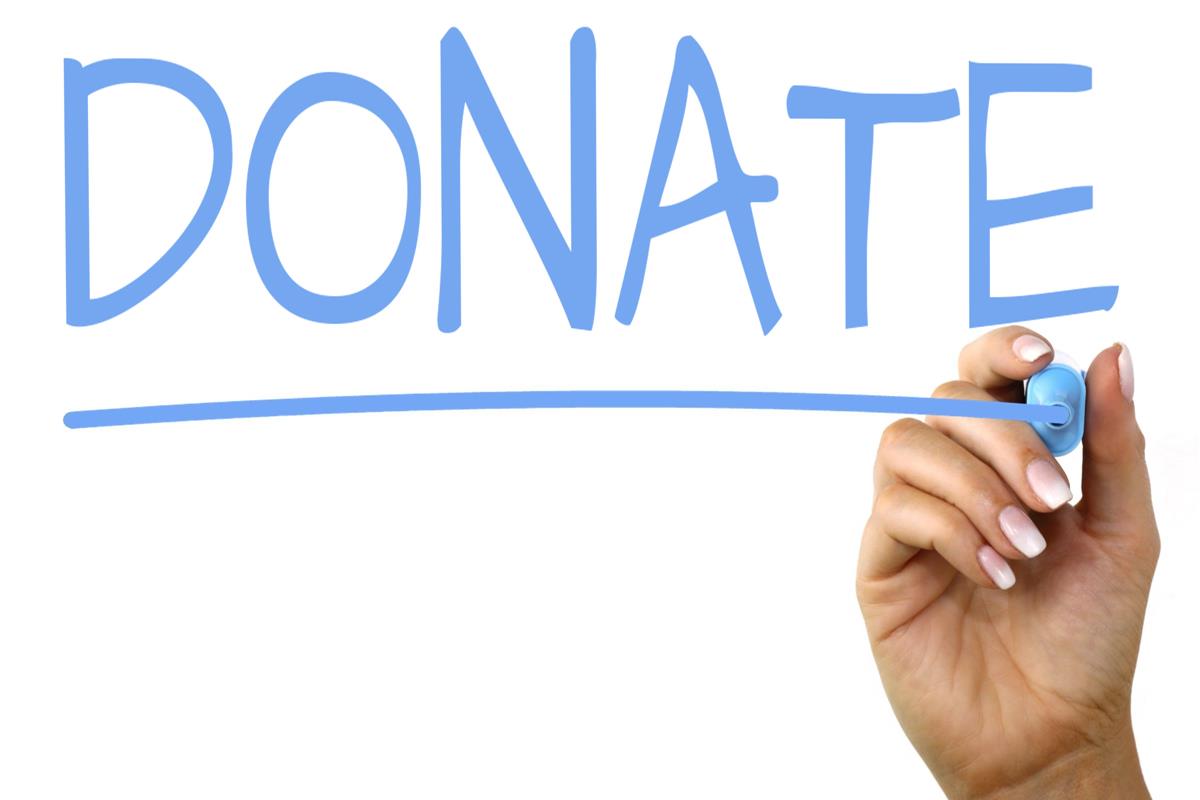 Please help keep our show on the air for as little as $1.

Experience the famous hospitality of the Himalayas

Craft Beer in Bangkok Delivered to Your Home 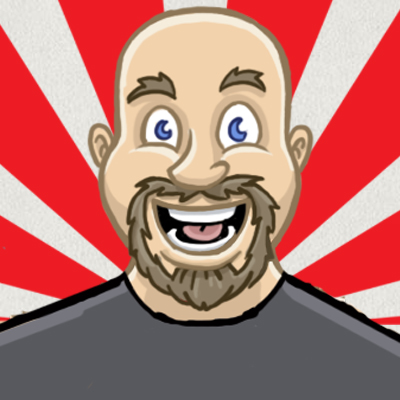 A Fun Way to Explore Asia 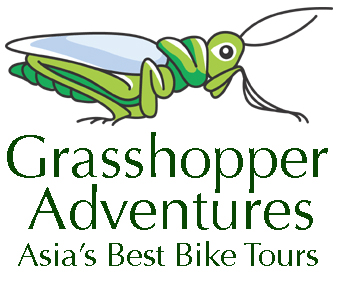 One of Our Favorite Hotels in Cambodia 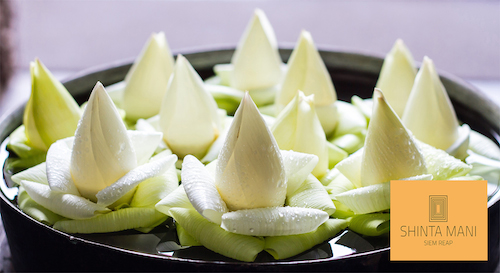 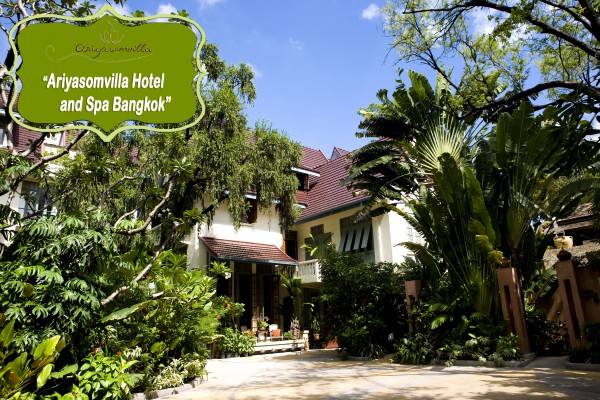